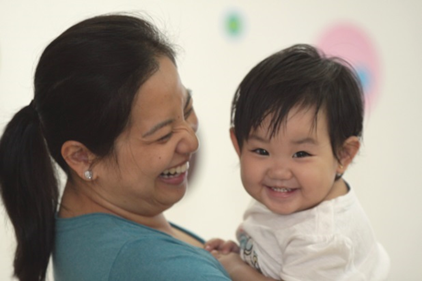 “I am such a true believer in music shaping a child's brain… Kindermusik has changed our lives and along with music came many lifelong friendships for me and my children. Kindermusik is one of those things that I could not imagine our life without.”

“I love Kindermusik because it's a wonderful way to allow my daughter to interact with other kids in a fun, safe, and educational environment. I love to watch her blossom as the semester goes on!”

"It is a happy time in the week that is fun for the whole family. It helps with social skills for our daughter and exposes her to play and music. We want to give her as many experiences as we can and Kindermusik has many valuable aspects - music, play, socialization, child and parent interaction, singing and .”

"My son, Tyler (2), and I started taking Kindermusik classes when he was just a year old. Tyler, who was born with Down syndrome, has grown and learned so much over the last year because of this class. At first, he'd just sit and watch all the other children, while swaying to the music. As time has gone by, he's become much more engaged and interactive with other children, which has been amazing, as his parent, to watch. Other moms now joke with me that he could be running the class. He's also using a tremendous amount of sign language signs throughout the class, so his communication is so much better. I've witnessed so much growth since we've started these classes. The socialization alone, with other children who are both typically developing and who have special needs, has been invaluable.”